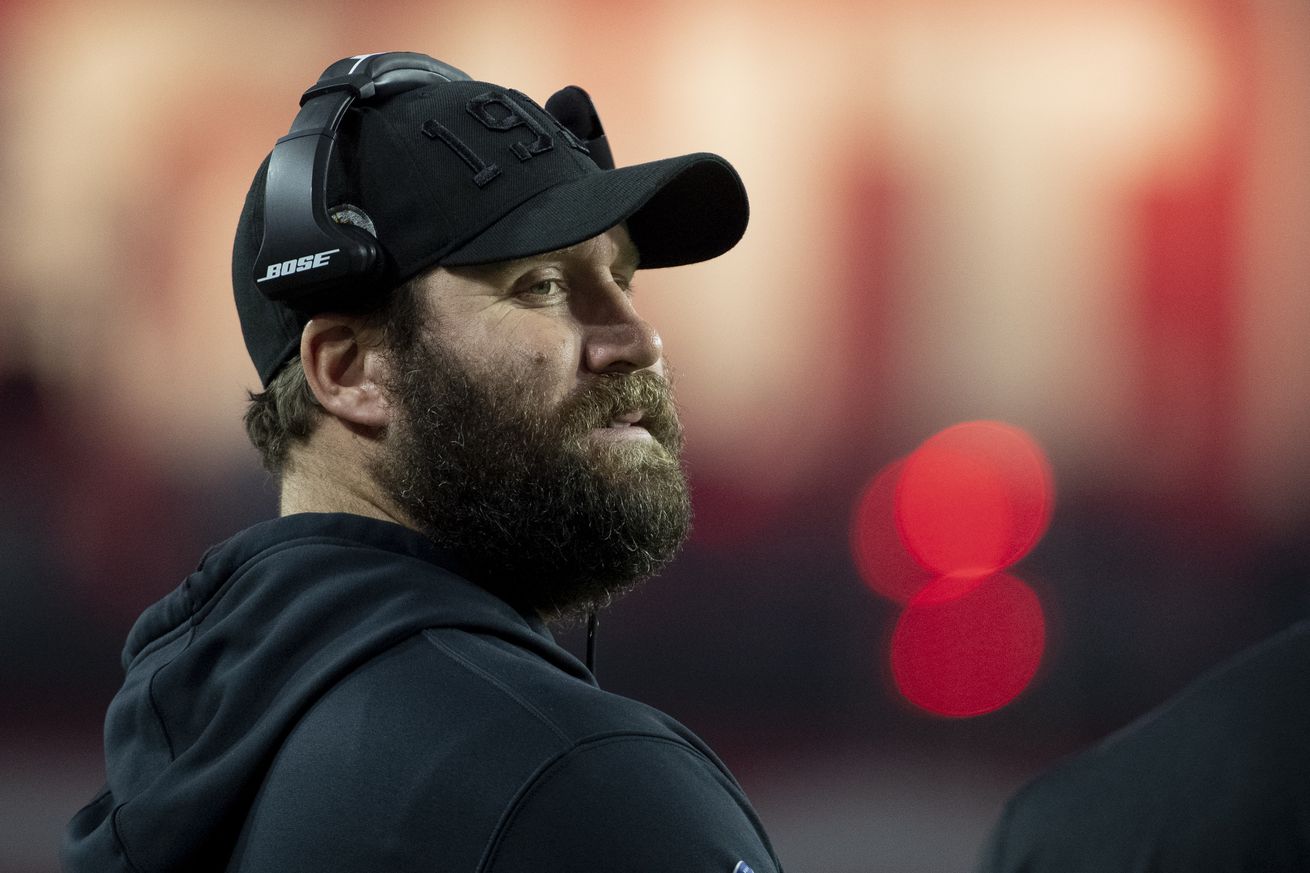 When it comes to the 2020 NFL Draft, the Steelers have to assume injured quarterback Ben Roethlisberger will be back to 100 percent next season and draft accordingly.

This past Monday on my weekly podcast, The Steelers Hangover, my co-host Bryan Anthony Davis asked me if Pittsburgh should use the 2020 NFL Draft to build for the future or for 2020.

The Steelers are in a weird situation. They have a soon-to-be 38-year old quarterback recovering from major elbow surgery that caused him to miss all but six quarters of the 2019 regular season. Pittsburgh just inked Roethlisberger to a two-year contract extension through the 2021 season that includes a cap hit of $33.5 million in 2020, according to Spotrac. Furthermore, there’s $25 million in dead money on the books, meaning, even if Roethlisberger is released or retires before next season, that will still put a serious dent in Pittsburgh’s salary budget. Also, there doesn’t seem to be much evidence of a viable long-term solution currently on the roster, this despite second-year quarterback Mason Rudolph and rookie Devlin Hodges splitting time at the position over the final 14-plus games of the 2019 campaign. Maybe there is a long-term answer, provided Rudolph and/or Hodges can grow from the experience—even if that experience included a lot of growing pains from both. There is still some optimism in that regard, specifically in the case of Rudolph, who was drafted in the third round in 2018 and definitely has more physical upside than does Hodges. Maybe Rudolph takes his whirlwind 2019 season that included some highs, a lot of lows and some physical setbacks and uses it all to make a huge leap in his third season. Lastly, the Steelers don’t have a first-round pick in the upcoming draft and won’t make their first selection until midway through the second round.

With their financial limitations, there’s very little chance they will make a huge splash in free agency and bring in a veteran quarterback at a hefty price—and why would they do that if they believed the big guy—Big Ben—was coming back next year? They could bring in a recognizable name at a much lower price as insurance in case Roethlisberger doesn’t have it next year, but they’ve been so adamant they’re comfortable with Rudolph as their number two, it doesn’t appear that’s going to become a reality.

They could use their second-round pick to select a quarterback, but wouldn’t that send a message to Roethlisberger that they’re building for the future and not 2020? Remember when the Steelers drafted Rudolph two years ago, and Roethlisberger then appeared on his old weekly radio show and hinted that he was none too pleased with it, that he would have rather seen his bosses use that spot in the draft to build for 2018?

Yeah, you’d likely have that same situation pop up again this spring.

Besides, as NFL history shows, a team’s chances of finding a bona fide starting quarterback decrease significantly after the first round.

Therefore, why not just use the 2020 NFL Draft to build for 2020? The Steelers clearly have needs in other areas—specifically offensive line, running back, tight end and outside linebacker (assuming Bud Dupree isn’t coming back). Your chances of finding a long-time contributor at one of those positions is much better in the second, third and fourth rounds than it is at finding your long-term answer at quarterback.

The Steelers have a $33 million quarterback working to make it back for 2020. I believe they have to go about their business this offseason as if he’s going to make it all the way back.

LeBron has triple-double, Lakers pull away to beat Nets
Steph Curry was hoping to be drafted by Knicks
Beal scores 36 as weary Wizards down Cavs 124-112
Lowe's NBA All-Stars: 24 players and those who just missed
LeBron's decision, dream pairings and big All-Star starter questions